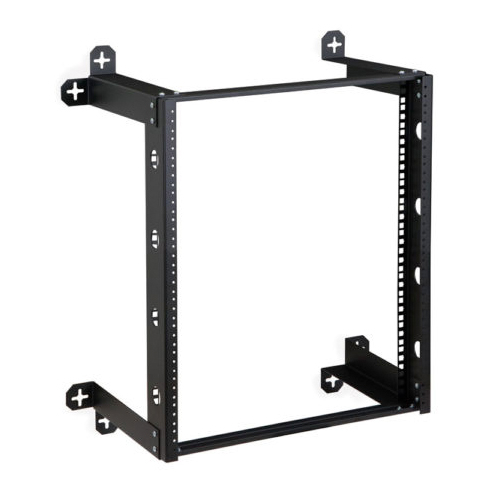 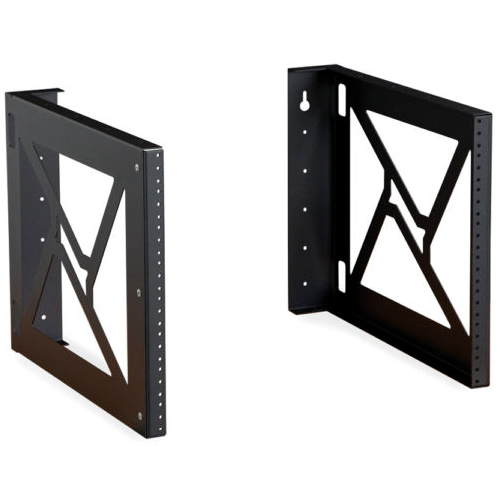 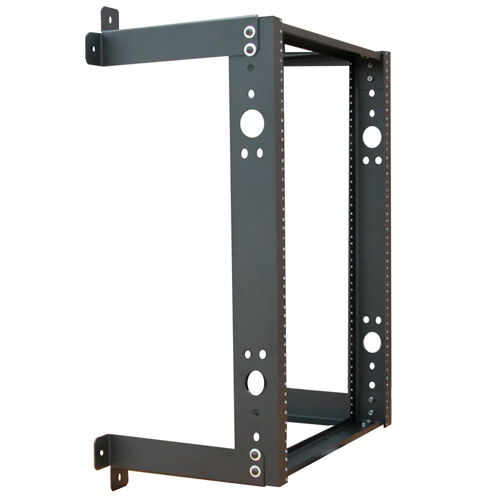 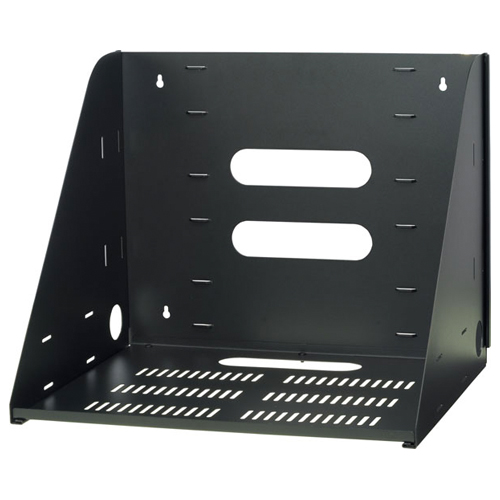 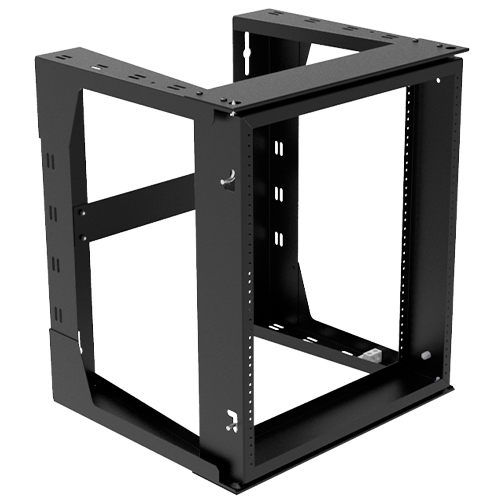 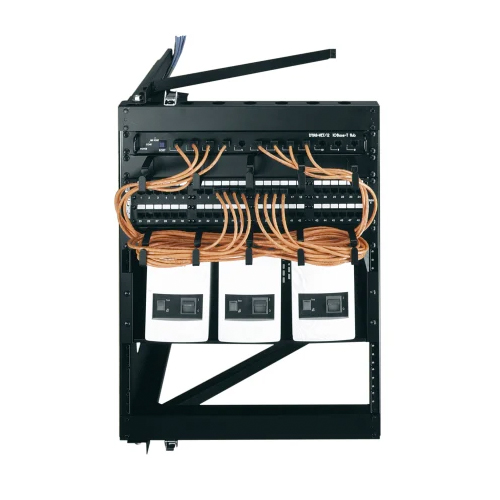 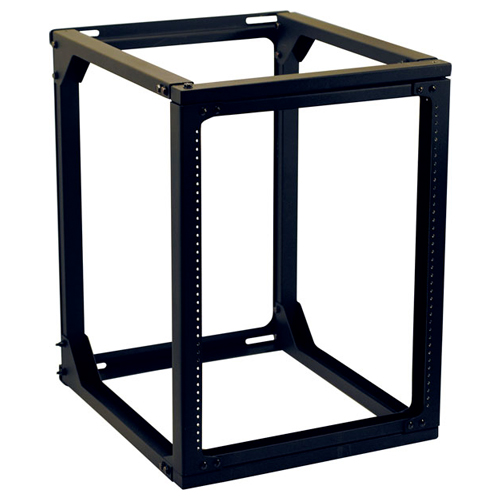 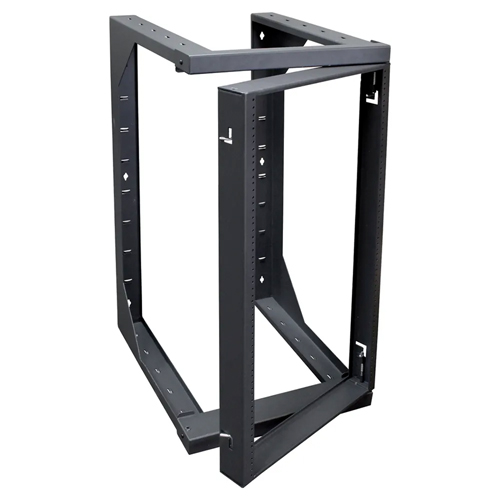 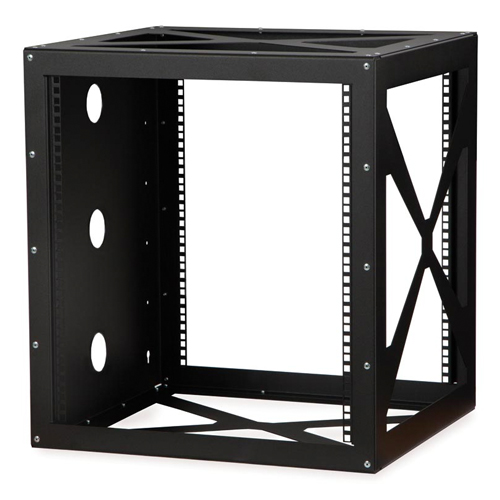 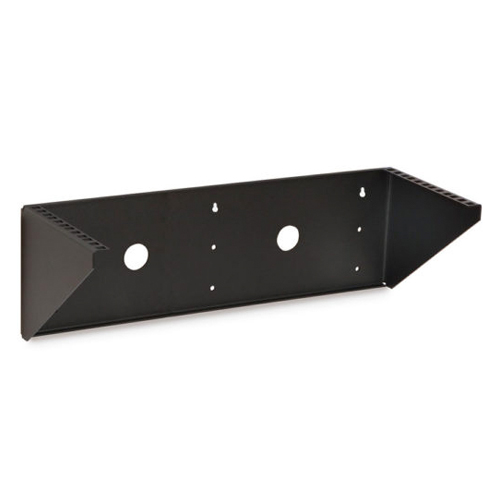 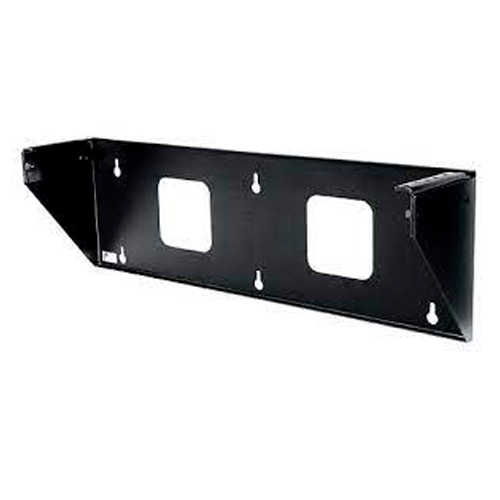 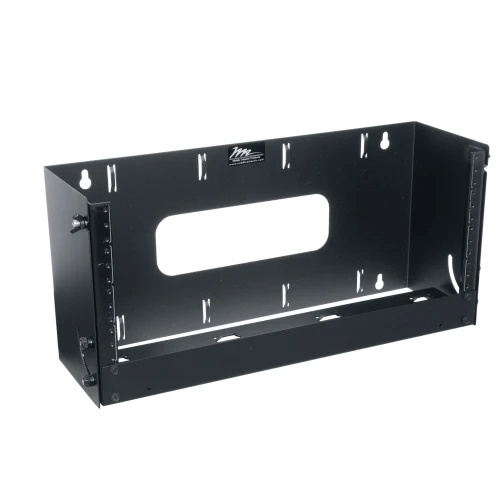 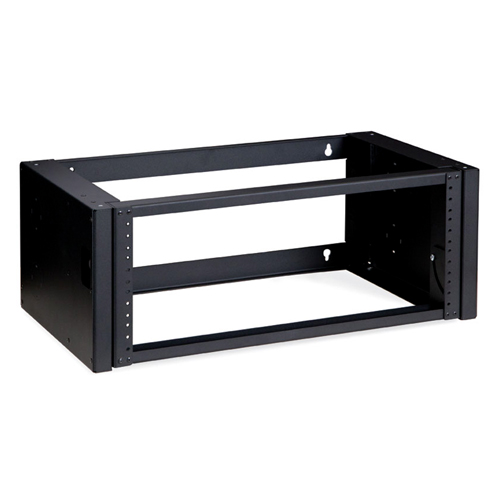 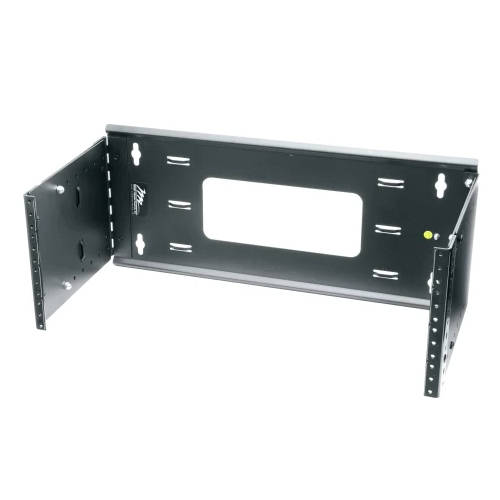 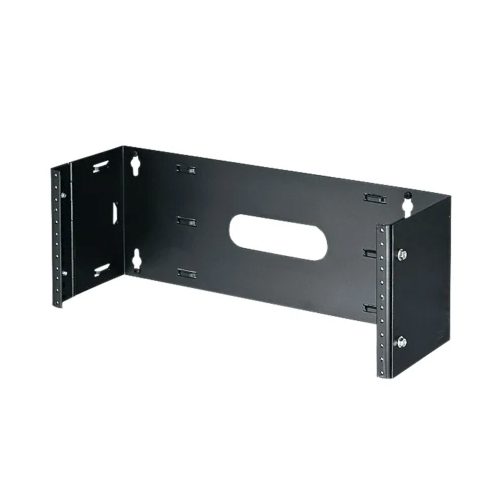 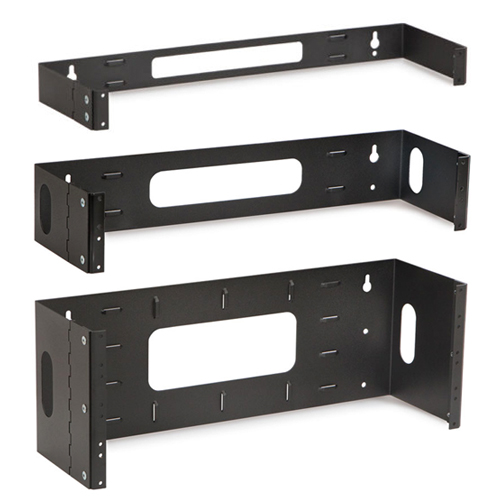 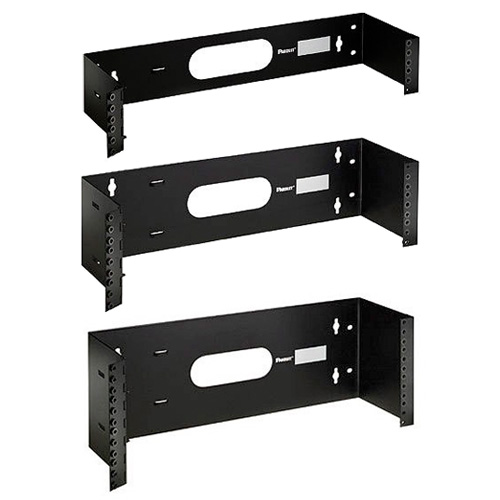 If you're setting up equipment for network, IT, telecom, datacom, A/V, or other other applications in limited-space environments like IT closets, small offices, studios or server rooms, consider a wall-mount open rack. We have a huge selection of open frame wall racks, wall mount patch panels and more to maximize available space, especially where floor room is limited. You may also want to check out our shelving for home theaters; these shelves pull out and rotate 90 degrees for easy access to A/V equipment, and can be installed in walls or entertainment centers.

Sometimes you need a set up for your IT, telecom/Datacom, audio/video or networking equipment, but you don't have enough space to employ a dedicated server room. For such limited space environments, you may want to consider a wall mount rack. This is a great solution for any IT closet, small office, or music studio.

But there are many different types of open frame wall mount racks available. Do you want a standard fixed rack, or a swing out rack? Or perhaps a vertical, sliding, or pivoting rack is more your speed. How do you choose? Let's take a look at the various types available to see if we can't help narrow down your decision.

Standard fixed racks will work for most limited space applications, particularly when open ventilation is preferred. These racks mount into walls, ceilings or desks and frequently have side cutouts for accessing patch cables and the like. However, their fixed nature means that accessing the rear of your network components may not be easy and might require you to remove the components from the rack itself.

Swing out style racks allow you to access your rackmount components conveniently. The swinging hinge lets you access both the front and rear of network components without having to move the rack or uninstall any of the components within. The downside is that due to having less structural rigidity than standard fixed racks, swing out racks often have less load capacity. Swing out racks typically max out around 150 lbs. of equipment, while certain fixed wall mount racks can manage up to 300 lbs. or more.

A vertical rack may be your go-to choice in an environment where you have less space on the wall itself, but plenty of space to project out from the wall. In these racks, the components face up and down, rather than being flat. Depending on the specifics of your limited space application, this option may be best for you. The downside of these racks is that they typically have smaller load capacities due to having a weaker connection to the wall, and the larger examples up to 12U lack side cutouts to increase the rigidity, which means accessing components and cables can be more difficult.

A sliding rack is basically a rack on a shelf that slides out to allow you to access components. These are especially useful in home theater set-ups, and they can fit on both walls and within entertainment centers. Many slide examples also rotate once extended to allow for easier access to components. The downside is that they can be quite pricey when compared to other wall mountable units.

Pivoting racks are similar to swing out style racks, but with the pivot point being on a horizontal axis, rather than a vertical one. Like swing out racks, they offer convenient and easy access to components while maintaining, adding, removing, or making alterations to a set up. Though they're great for operating in limited space applications, one limitation is that their load capacity is often quite small, often below 75 lbs.

Hinged wall mounted panels and brackets streamline the design to eliminate the full rack set-up entirely, making them excellent for space-saving applications. However, they are only typically capable of handling shallow, smaller rack mount components such as lacer bars or patch panels. Their load capacity is usually below that of even pivot racks, due to their small size and lack of full-rack stability.