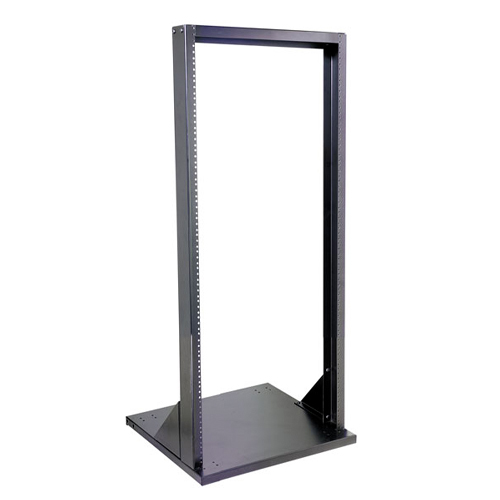 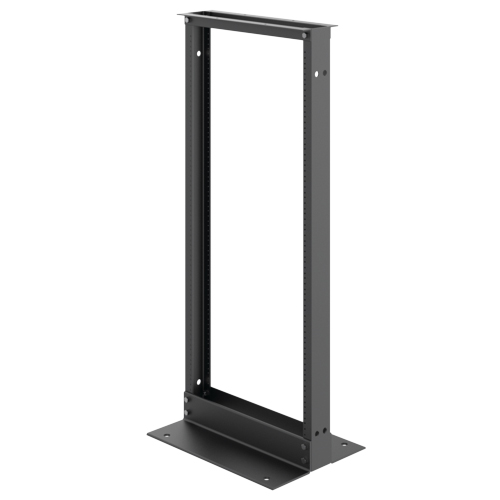 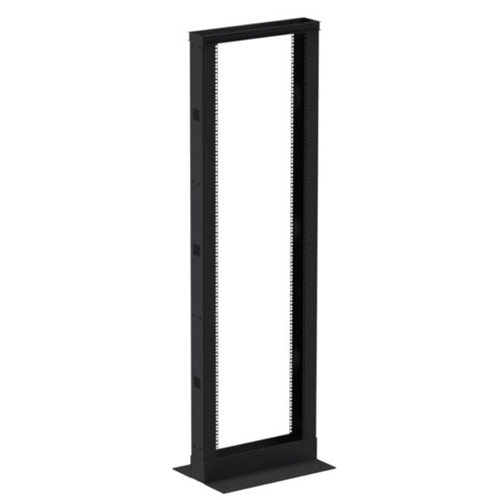 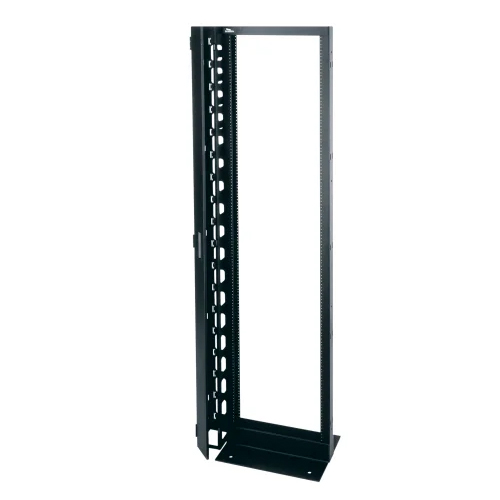 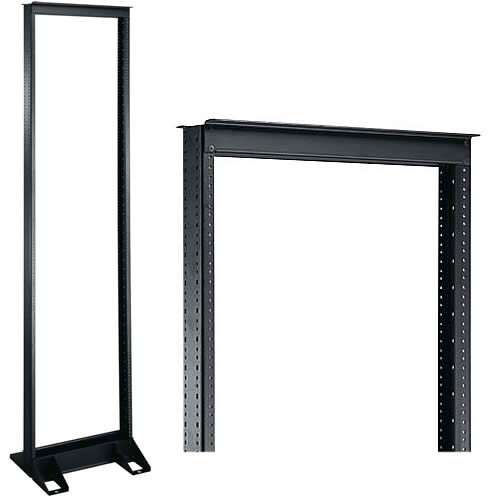 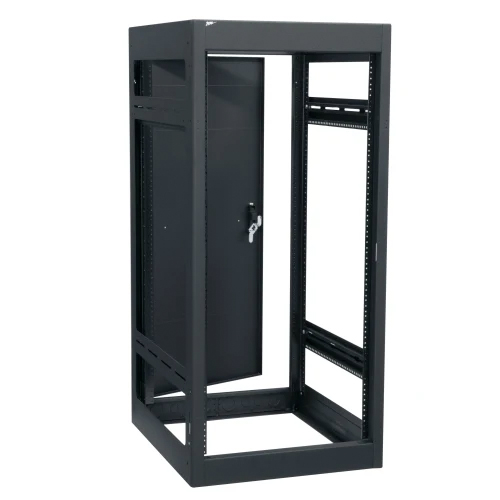 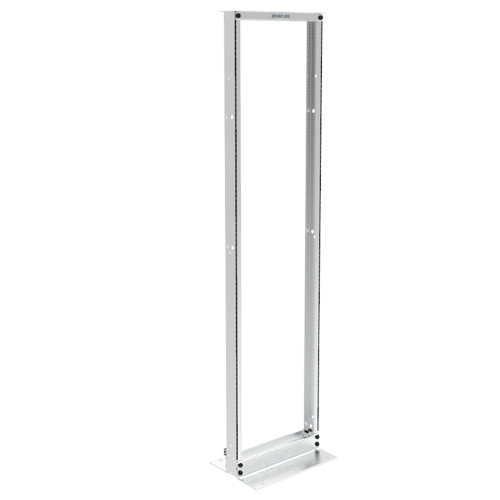 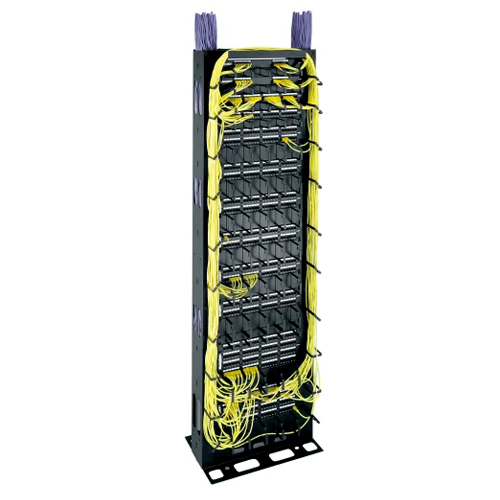 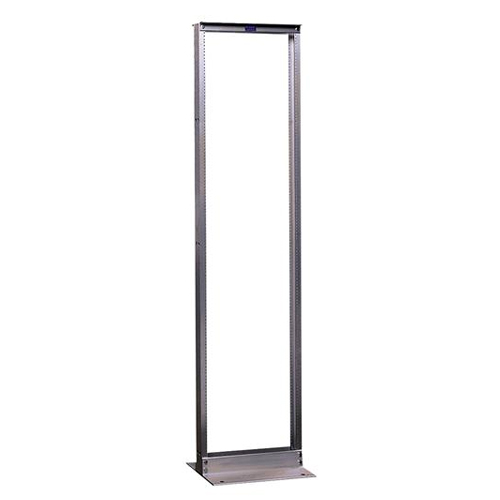 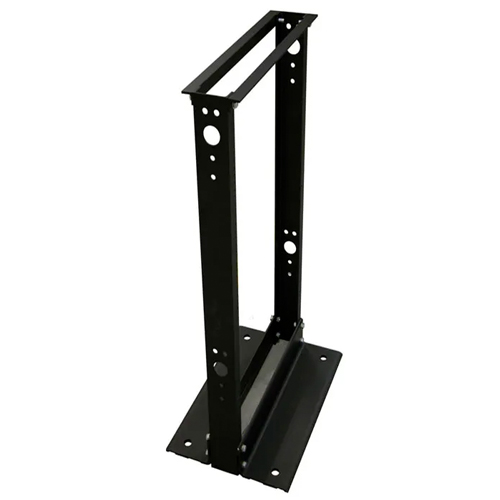 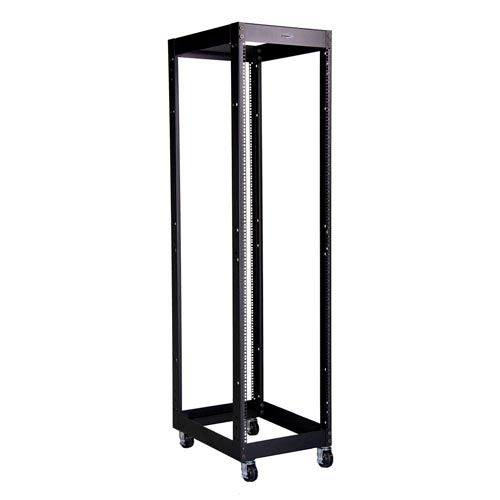 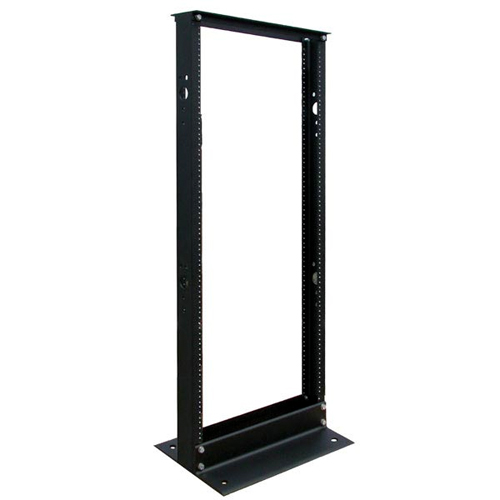 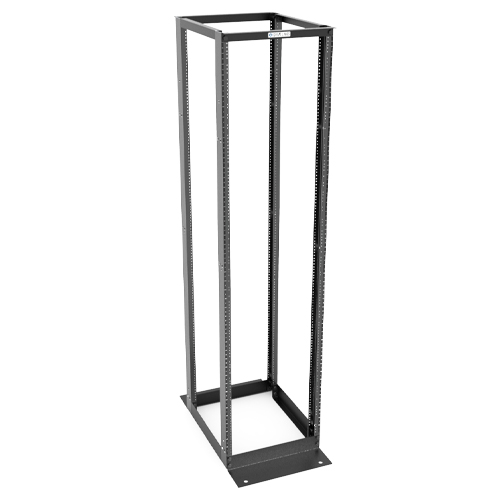 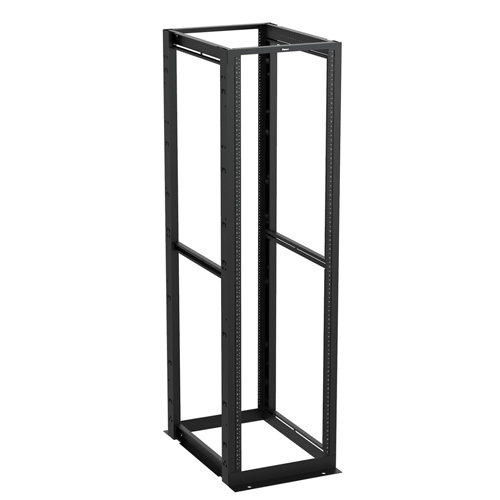 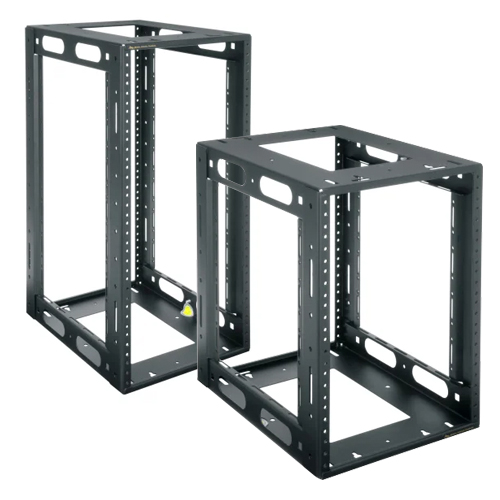 Here you'll find our huge selection of open frame enclosures, from the economical 2 post rack to the high-end enhanced network enclosures and switch cabinets. Regardless of your networking needs, there's bound to be a solution for you, with several customizable options, many with integrated cable management features. Even if you need to support a full ton of network equipment, we've got a heavy duty rack to meet your needs.

An open frame rack is typically an economical alternative to an enclosure cabinet, but that doesn't mean all open racks are the same. The two main types of open racks are two-post and four-post, and each has its own unique uses and applications. Let's take a look at what sets these two apart from each other.

Open racks are already a more economical choice than enclosures, and the two-post rack takes it a step further: it's the economical among the economical. However, since (as the name implies) it features only two posts, its uses are somewhat limited. Two-post racks can only accommodate smaller equipment, such as patch panels and switches. As such, you'll typically find these used in small offices, or as intermediary distribution points that support larger scale server enclosure areas.

Four-post racks take up more space than two-post, and generally cost more. However, they're also more stable, with their namesake four posts creating a more solid foundation. They also have the ability to hold much more than two-post racks, and thus are much more useful in large scale server networks. Their weight capacity allows them to mount heavy equipment, such as battery backup units and UPS systems. These types of racks are far more common in serious network set ups, due to being far superior to two-post racks in everything save cost.