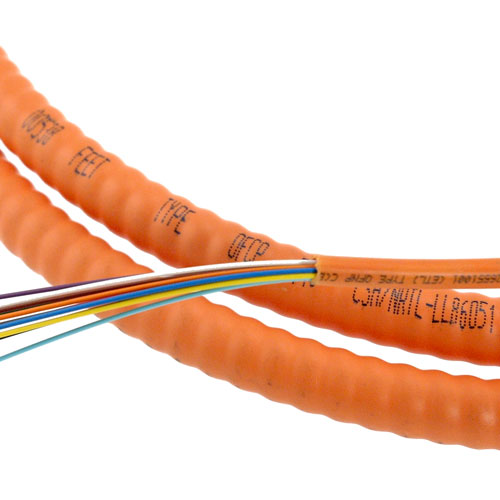 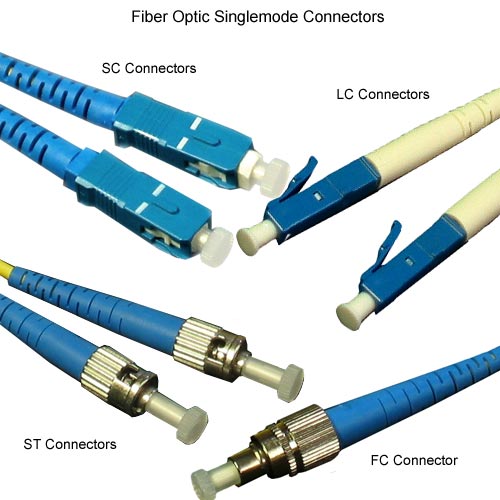 You may know the basics of fiber: glass or plastic fibers that serve as conduit for pulses of light to travel over distances. The light carries data, allowing fiber optic cables to be used as an alternative to traditional metal cabling. Optical fiber has benefits including less signal loss and immunity to electromagnetic interference (EMI).
But not all fiber is created equal. One choice that you may find yourself encountering is Single Mode (SMF) or Multi Mode (MMF) fiber. What do these qualifiers mean? Good question. Let's dig deeper.

Judging by name alone, you might assume that Multi Mode is “better” than Single Mode, because Multi means more, and more is better, right? Not necessarily! Single Mode fibers have a smaller core and narrower wavelength than Multi Mode. It's referred to as “Single” Mode because it only allows one mode of light to pass along its length. This gives them a greater tolerance for bandwidth and allows them to travel over greater distances due to the narrower focus of the light pulses. A Single Mode cable can reliably travel up to 10,000 meters. They're more expensive and fragile than Multi Mode, but necessary when utilizing fiber over great distances.

Multi Mode fiber features a thicker core diameter and a longer light wavelength. This limits the distance it can travel (up to around 600 meters), but also makes it less expensive. They allow multiple modes of light to travel along the fiber length (“propogate”) and since the connections are simplified due to the larger core diameter, it means the equipment used in conjunction with it can be simpler, and thus less costly. Multi Mode fiber has a high capacity and reliability, but sacrifices traveling distance and thus is better suited to short run applications, such as a network within a building or data center.

One of the key things to keep in mind is that Single and Multi Mode fibers are not compatible with each other. You can't mix them together between two end points, and Multi Mode equipment will not work with Single Mode cables, and vice versa.

Another thing to keep in mind is that, while both types of fiber can handle speeds up to 10G, higher speed capabilities arriving just around the corner may exceed what Multi Mode fiber can handle. Thus, it may be a better option to invest in SMF today, as it is more “future proof” and will prevent you from having to replace MMF in the future.

What Do We Use Fiber Optics for, Anyway?

Fiber optic technology has grown tremendously over the years and today can be found in many surprising places. In fact, fiber optics are an essential part of our everyday lives, often times without us even being aware of it.

As we mentioned in our previous article on optics, Alexander Graham Bell experimented with transmitting voice signals over optical “beams”, so it's fitting that one of the first uses of fiber optics was the telephone. Today, that technology has revolutionized long distance calls, and as our last article indicated, it's more secure and features less electrical interference than traditional copper wiring. But by far, the most prominent use of fiber optics today is the Internet, which is information sent digitally through fiber optics across the entire world.

Massive undersea fiber optic cables, wrapped in layer upon layer of insulation and protection much like Russian Matryoshka dolls, traverse Earth's oceans to allow people all over the planet to stalk their exes on Facebook and take photos of their food to post on Instagram. It's kind of beautiful when you think about it, really.

But that's just one of the myriad applications that employ the use of fiber. Let's check out some others…

Fiber optic technology is in high demand in the military today. The military has tested the cables rigorously and decided they were perfect for use in many of their applications. They offer better performance, more bandwidth, and greater security for their signals - all at a lower cost. They're strong, and more importantly lightweight, and can also be used outdoors in harsh environments. Thus, optical cabling is an excellent choice for the military's retrieval and deployment applications.

Missile launchers and radar systems have also begun to utilize these benefits. In many of their control systems, a single pencil-sized optical fiber can replace miles (and pounds) of copper wiring. In 2014, the U.S. Army plans to introduce an Abrams tank that will be almost two tons lighter than the current version, all due to replacing copper wiring with its lighter, faster, more secure counterpart.

The fast-paced transportation system has become a growing market for the use of fiber optics. With the increase in traffic and more demand for efficiency, “smart highways” have begun to adopt fiber into things like automated toll booths, traffic signals, and message signs that are changeable.

Beyond that, these cables are being utilized in lots of other technical, complicated ways (we'll be honest, we don't *totally* understand it all, but it sounds very progressive). One such example can be found in electric trains. Fiber is used as the transmission medium to control the switching of power semiconductors within the converters that create the right frequency and voltage for the electrical drive motors and electrical systems (see, told you it was complicated).

What that basically means is that a transformer has to convert the power grid's electricity to a lower voltage. Since the distances traveled to accomplish such conversions can be quite far, fiber provides a much better solution than copper.

Whew, did we lose you there? Let's see if we can find something more interesting and topical to discuss…

Yup, drones. A fairly new and fast growing application for fiber optics is Unmanned Aerial Vehicles (UAVs). With the ability to provide a fast and efficient way to transmit a large amount of data over long distances, fiber is utilized as the main communication conduit between the UAV and ground control. Or more specifically, between ground control and the antenna that controls the UAV, if you were wondering why there weren't any cables trailing behind drones in all the photos and videos you've seen.

And we're not just talking military drones, either. Recently, tiny drones have been entirely powered by “laser over fiber”, basically using light and optical cables to make it fly. The fiber has the added benefit of being lighter than copper wiring, and non-conductive (meaning it won't short out any power lines the UAV happens to bumble into, and it also won't attract pesky lightning strikes).

Other Uses of Fiber Optics

Ultimately, what we've discussed is only the tip of the iceberg. Fiber is also used in countless other applications, including decorative lighting for Christmas trees, signs, and art. Showcases displayed in boutiques use optical fibers to illuminate from different angles using a single light source.

Special optical fibers are also used for sensor applications in areas that involve oil-well monitoring and fire or leak detection.

The extra bandwidth offered also enables cable television to transmit signals to their subscribers faster and more efficiently. Fiber also shows up in research institutions, colleges and universities, as well as in the aerospace, biomedical, and chemical industries.

The bottom line? Fiber optic technology is definitely growing rapidly, and is fast becoming an essential part of our everyday lives.