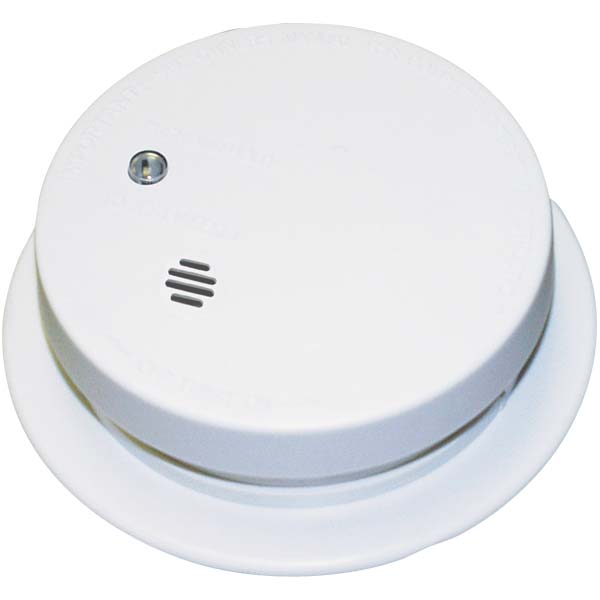 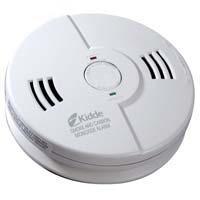 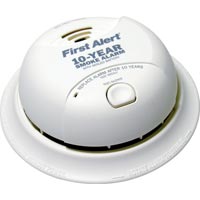 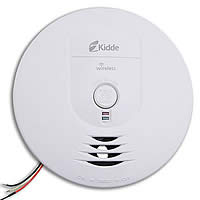 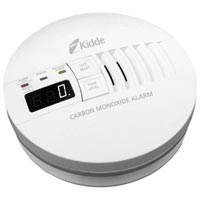 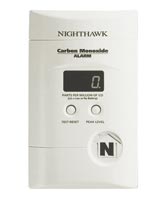 Are All Detectors Created Equal?

Odds are we've all got a little disc-shaped device in our homes that lets us rest easy…no, I'm not talking about your Roomba. I'm talking about the smoke alarms that tell us we'll be alerted in time should fire or fumes put us in danger. But even though they tend to look similar and are all built with the same purpose in mind, different smoke detectors actually work in several different ways. Detection technologies are tailored to different types of fires and smoke densities, and it's best to be aware of the variations so you can make the smartest choices possible when protecting your home and family.
The vast majority of residential smoke alarms fall into one of two different categories: ionization and photoelectric. Let's take a look at the inner workings of each type to learn exactly which one will suit your needs as a person who doesn’t want to die in a blazing inferno.

IMPORTANT NOTE: While smoke and carbon monoxide often go hand in hand, CO can be emitted without the tell-tale smoke. To be safe, it's important to have BOTH types of detectors in your home, or a combination detector that takes care of both in one device.

Simple Explanation: The smoke that gets into the detectors blocks the ELECTRICAL CURRENT, which sounds the alarm.

Long and Complicated Explanation: Equipped with ventilated ionization chambers that consist of two battery-charged metal plates (one positive, the other negative) and a trace amount of the element americium-241 (which acts as a source of radiation as well as being the most patriotic of the elements), these alarms work by ionizing air's nitrogen and oxygen atoms to detect harmful smoke in indoor environments.

Ionization takes place when the americium-241 releases radiation in the form of alpha particles, which separate single electrons from the oxygen and nitrogen atoms within the chamber. These separated electrons – known as “free electrons” – have a negative charge, which draws them toward the positively charged battery plate. In the meantime, the positively charged, electron-deficient nitrogen and oxygen ions are drawn to the chamber's negatively charged plate.
As the electrons and ions move toward their respective plates, the device's electronics are aware of the slight electrical current that their movement produces. When smoke particles enter an ionization chamber, they attach themselves to and absorb the ions, neutralizing them and disrupting the electrical current. The detector senses the change in current, and an alarm is sounded.

Contrary to the images of danger that radioactive elements and radiation can bring to mind, ionization alarms are very safe; the amount of americium-241 they contain is extremely minute (less than one milligram), and the element would have to be inhaled or ingested to do any harm. So don't go huffing your smoke alarms, kids. The radiation produced by americium-241 is made up almost exclusively of alpha rays, which are unable to penetrate a sheet of paper, much less the detector's plastic casing.

A common fire safety measure in many homes, ionization alarms are generally very cost effective, and are particularly good at detecting very small amounts of smoke, as would occur with a quick-flaring fire. We recommend Kidde's Micro Ionization and Wireless Interconnectable Ionization alarms.

Simple Explanation: When smoke blocks the LIGHT RECEPTORS of this type of unit, an alarm sounds.

Long and Complicated Explanation: Sometimes referred to as optical detectors, photoelectric smoke alarms use light-sensing technology to identify the noxious fumes. Typically, this system is made up of three main elements: a light source (incandescent or LED), a lens (which focuses light from the source we just mentioned into a concentrated beam), and a photo-sensor, which is usually placed at a 90° angle to the light beam.

As long as there's no smoke present in the air, the beam shines straight ahead, parallel to the sensor's surface. However, as soon as offensive particles drift into the detector, they disrupt the beam, scattering light in multiple directions – including toward the photo-sensor, which automatically triggers an alarm as soon as it detects the stray light waves.

Photoelectric alarms are ideal for detecting slower-burning fires that produce a lot of smoke, and they're less likely than ionization detectors to trigger a false alarm from kitchen and bathroom steam.

The most complete way to protect your house is by using an alarm that utilizes both methods of detection. Combination smoke detectors eliminate the guesswork involved in choosing the best type of device for each area of your home because they've got it all covered: ionization detection for sudden, low smoke flame-ups, and photoelectric sensors for smoky, slow-burning fires. Think about it: Why choose peanut butter OR jelly when you can just SMOOSH them both together?

Meet the Author on Google+