What's special about this test kit?

The LANTEK 10GB KIT consists of two dual-port AXT adapters and twelve specialized AXT terminators. With this kit and a simple software update, any LANTEK 6A or 7G LAN Cable Certifier can be upgraded to offer standards compliant alien crosstalk testing. With the developments in technology come problems for network designers and cabling installers. The increasing popularity of 10 Gigabit Ethernet (10GbE) networks in LAN and data storage environments has added a whole new challenge.

The Lantek 10GBKIT consists of two twin-port AXT adapters and 12 specialised AXT terminators. The combination of hardware and software enables the Lantek to fully test and certify that a cable system is 10GbE-capable, and Trend Networks claims that its system can do this faster than any alternative on the market today.

Using the two twin-port adapters enables each Lantek handset to transmit on a 'disturber' cable and detect the alien crosstalk on a 'victim' cable, from both sides of the link simultaneously, thereby reducing test times by as much as 50 per cent when compared with systems that perform full PSANEXT (Power Sum Alien Near End Crosstalk) and PSAACR-F (Power Sum Alien Attenuation-to-Crosstalk Ratio Far-end) certification. The 12 AXT terminators also maximise productivity for single-person operation.

Cable installers and end users need to verify that the cable is performing as it should be while in the field. Instant pass/fail results are available and the kit performs all the AXT measurements and calculations without using a PC or any complex testing software. In addition, the handset is easy to use with an intuitive graphical user interface, so any technician should be capable of performing the tests. 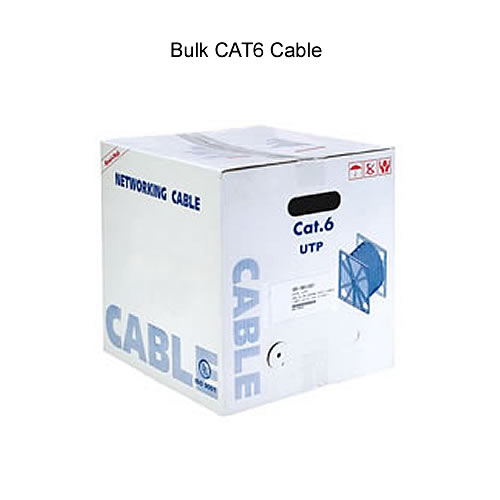 Marked by the foot for easy measurement, this bulk 4-pair Cat5e cable has 24 AWG solid copper conductors, high-density insulation, and a PVC jacket.

Did you know that we can give you a quote for most of our products, including shipping?

Do you have any questions about this product?
Let our experts and customers resolve all your doubts