What's special about this coupler?

This coupler is plug and play so it's quick and easy to install without the use of special tools. Just plug standard HDMI cables into either end and you then have a longer cable. Our world is being seen more and more through an HD lens. These couplers allow you to extend your HD world.

Is this the coupler that is needed if you want to connect two HDMI cables together?

Why Use HDMI Over Existing Analog Interfaces?

All-Digital: By using HDMI you are assured an all-digital signal of video without the losses associated with analog interfaces and their unnecessary digital-to-analog conversions.

Low-Cost: HDMI is a cost effective solution which provides the quality and functionality of a digital interface while also supporting uncompressed video formats.

Ease-of-Use: HDMI brings together video and multi-channel audio into a single cable, eliminating the cost, complexity, and confusion of multiple cables currently used in A/V systems.

Intelligence: HDMI supports two-way communication between the video source (such as a DVD player) and the DTV, enabling new functionality. 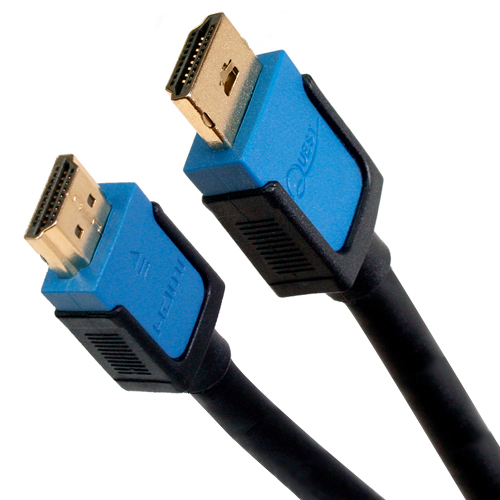 Built to support 3D formats and 8 channel audio, these HDMI cables are certified to the latest HDMI 1.4 standard, and are ready to take on the next step in digital entertainment.

Did you know that we can give you a quote for most of our products, including shipping?

Do you have any questions about this product?
Let our experts and customers resolve all your doubts