WHAT IS CARBON MONOXIDE AND WHERE DOES IT COME FROM?

For some, the term “The Silent Killer” may read like an overused cliché because it is an expression that is labeled to describe everything from hypertension to heart disease. Carbon monoxide (CO) is, however, the O.G. Silent Killer, deserving of that moniker because it is an odorless, invisible, highly toxic and deadly gas. How is carbon monoxide created? It's produced from the incomplete combustion of wood and fossil fuels like oil, natural gas, charcoal, kerosene and gasoline. What makes it super scary is the potential for it to appear in our homes since it can accumulate when everyday appliances like water heaters, furnaces, ranges, ovens, clothes dryers and space heaters don't work the way they're supposed to. Malfunctioning appliances aren't the only culprits for increased CO levels around the house. Poor ventilation can also cause buildups of the poisonous gas if chimney flues or exhaust vents become blocked; grills, wood-burning stoves or fireplaces aren't properly vented; or a vehicle is left running inside a garage. You may recognize that last example as a stereotypically common method some have used to commit suicide, but it's worth noting that people are also known to have accidentally killed themselves while leaving the car running in the garage while they have been sitting inside of it.

IS THERE SUCH A THING AS A "SAFE" LEVEL OF CARBON MONOXIDE? AT WHAT POINT DOES IT PUT MY FAMILY AND ME AT RISK?

There's no universally agreed-upon safe level of carbon monoxide exposure. Any amount is “bad,” but there are lots of factors that contribute to how dangerous it can be when combined with age, body mass and pre-existing health conditions. All these factors can affect a person's tolerance. What amounts to mild or moderate CO risk for one person could equal a deadly dose for another. While it's dangerous to everyone, the people most at risk for CO poisoning are infants, unborn babies, children, senior citizens — and those with cardiac and respiratory disorders.

HOW CAN I TELL IF I HAVE CARBON MONOXIDE POISONING?

The worst-case scenario? You're dead. But how can you catch on that you might be exposed to carbon monoxide before you feel the Grim Reaper tapping on your shoulder? Depending on the level and length of exposure, poisoning symptoms can vary. Mild exposure can lead to symptoms like fatigue, light headache, flu-like symptoms, nausea and vomiting. Medium-exposure symptoms can intensify to include elevated heart rate, severe throbbing headache, drowsiness, confusion or disorientation. The most severe symptoms associated with the highest levels of carbon monoxide exposure are unconsciousness, convulsions and failure of the heart and lungs, which can ultimately result in brain damage and death.

If you ever suspect that either you or someone that you're with is suffering from CO poisoning, it's extremely important that you promptly move yourself or the other individual outdoors, which is the safest option — or at very least into a well-ventilated area. If you think you're breathing in the dangerous fumes, it is imperative — first and foremost — that you go somewhere where you are NOT breathing it in. As soon as you're able to get some fresh air, call local emergency response services.

HOW DOES CARBON MONOXIDE POISONING WORK?

Carbon monoxide poisoning works by preventing vital oxygen from entering your bloodstream. Hemoglobin — the iron-rich protein that gives blood its red color — is normally responsible for carrying oxygen from the lungs to the rest of the body's cells. Oxygen bonds to the hemoglobin and is then transported via the bloodstream. However, when one breathes carbon monoxide, the CO — rather than the sweet, sweet oxygen — bonds to the hemoglobin. It proceeds to form a toxin with a scary name — Carboxyhemoglobin — which causes the physical symptoms of the poisoning.

HOW CAN CARBON MONOXIDE DETECTORS PROTECT ME?

Here's the good news: you don't have to resign yourself to waiting for the day when the smoky grip of carbon monoxide poisoning inevitably claims you. Carbon monoxide detectors can protect you by sensing what your eyes and nose can't. With CO undetectable to the human senses, people are generally never aware of its presence until it's too late. In many tragic cases, people have been asleep during the onset of symptoms and died without ever having known they were in danger. As annoying as they can be sometimes, a CO detector can be the difference between life and death. By detecting the presence of CO in a living space and sounding an alarm that's loud enough to wake even the soundly asleep, they provide us with the chance to escape safely, with our lives and health intact.

WHERE IN MY HOME SHOULD I INSTALL CARBON MONOXIDE ALARMS?

Since sleep inhibits one's awareness of carbon monoxide poisoning symptoms, the most critical places to install carbon monoxide alarms are in and around the bedrooms in your home — or wherever it is you tend to be not conscious. These days, many states have mandated that a CO detector be placed in each bedroom. If your home has more than one level, be sure that each story is equipped with at least one detector. It's also recommended that an extra detector be placed in the vicinity of any heat source that burns fuel (such as a fireplace, gas stove/oven, water heater or furnace). However, it shouldn't be placed closer than 15-20 feet, since too-near proximity can lead to false alarms; and once you stopped paying attention to a beeping carbon monoxide detector, it stops serving its purpose. There's nothing less effective or more annoying than a detector that's loudly beeping for no reason. Keep in mind that cooking appliances and bathrooms — which generate steam — can also trigger false CO readings, so carbon monoxide detectors should be installed at least 10 feet away from them.

WHAT SHOULD I DO IF MY CARBON MONOXIDE ALARM EVER GOES OFF?

If your carbon monoxide alarm ever sounds, immediately evacuate all members of your household outdoors into fresh air, then dial emergency services. Since they're able to safely enter homes wearing protective gas masks, members of the local fire department typically respond to these situations. Fire personnel will use highly sensitive, handheld CO detection units to obtain an accurate reading of the carbon monoxide levels in your home and will then advise you in the safest course of action to follow. It's better to be safe than sorry…as we stated before, there's really no point in having a detector that beeps obnoxiously loud if you aren't going to heed its warning.

HOW LONG DOES A CARBON MONOXIDE DETECTOR LAST FOR?

In general, carbon monoxide detectors are good for 5 years of use (that's the length of time that most manufacturers warranty them for). We suggest that you change them at regular 5-year intervals to ensure that you're well protected. In between unit replacements, it's recommended that you keep CO alarms at their best by testing them monthly (if you suspect that they're not working properly, replace immediately) and changing their batteries on a yearly basis. Many CO detectors will beep at regular intervals when their batteries need replacing, and while some people may feel like it is tempting to smash them repeatedly with a hammer or some other blunt object because of the annoying chirp they often make when a battery replacement is needed, the better thing to do is replace the batteries. It'll stop the spine-rattling beeping and make sure the CO detector can continue keeping you and your family (including pets) safe from carbon monoxide poisoning for the foreseeable future.

Now that you have learned a little about what carbon monoxide is and how to detect it, let's take a look at how to stay safe with another detector: smoke alarms. Then shop at CableOrganizer® for carbon monoxide, smoke and hydrogen gas detectors. 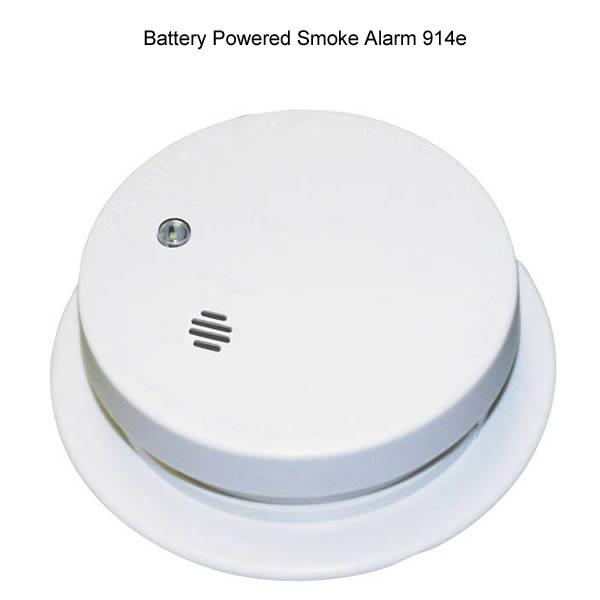 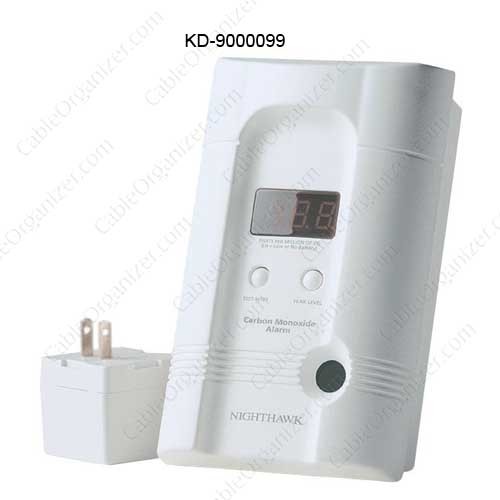