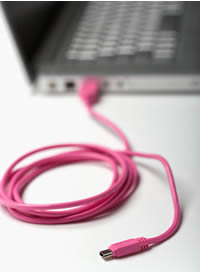 What does “USB” stand for?

The acronym “USB” is short for the term Universal Serial Bus, a hardware interface that was developed so that peripheral devices like computer mice, keyboards, printers, digital cameras, scanners, PDA's and MP3 players can be easily connected to PCs. Computer manufacturers first began to replace serial and parallel ports with USB ports in 1997; today, every PC on the market contains at least 4 ports for USB connections.

What are typical transmission speeds for USB cables?

What does it mean when USB cables and devices are described as “hot swappable?”

One of the most convenient features of USB cables and devices is their ability to be “hot swapped,” which means that they can be plugged into – and unplugged from – a computer as needed, without that computer needing to be powered down first.

Is there an organization that sets USB performance standards?

The USB Implementers Forum, a non-profit organization otherwise known as the USB-IF, is the group responsible for promoting and supporting USB standards. Made up of companies that developed USB technology, the USB-IF includes notable corporations like Agere Systems, Apple Computer, Hewlett-Packard, Intel, Microsoft, and NEC. Within the USB-IF are four working committees: the Compliance Committee, the Device Working Group, The Marketing Committee, and the On-The-Go Working Group.

How many types of USB connectors are there?

USB connectors – and, by extension, USB ports – can be found in two different styles: type “A” (for hosts and USB hubs) and type “B” (for peripheral devices). In addition, USB plugs fall into three different size ranges: standard, mini, and micro. Here’s a general breakdown of how connector styles differ by size class, and the applications each is used for: 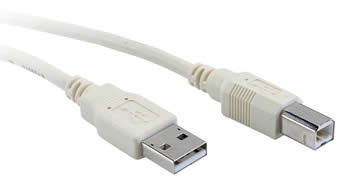 USB Cable with type A (on left) and type B (right) connectors.