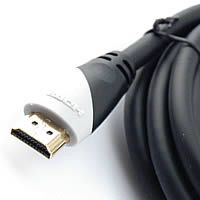 There was a time when HDMI was the hottest thing in high-definition connections, but all of that changed when its latest version, HDMI 1.3, hit the scene. If you've heard the talk about HDMI 1.3 cables and are wondering what all the buzz is about, read on to learn what sets HDMI 1.3 apart from plain old HDMI, and why it's making high-def audio/video better than ever.

What advantages does HDMI 1.3 have over earlier versions of HDMI?
HDMI 1.3 has raised just about every aspect of the high definition multimedia connection to a whole new level - take a look at what the new standard has to offer: 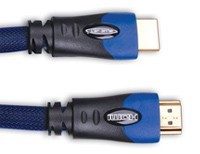 Is HDMI 1.3 backward compatible with earlier versions?
Yes, HDMI 1.3 is backward compatible with earlier versions, but keep one thing in mind: in order to experience all the benefits that HDMI 1.3 has to offer, all of the components that you'll be connecting with the 1.3 cable (like TVs, DVD players and gaming systems) need to be HDMI 1.3-compatible as well. You're probably familiar with the saying that "a chain is only as strong as its weakest link," and the same thing holds true for A/V systems. If you have an HDMI 1.3 cable but your electronics can only support the original HDMI specification, the overall performance of the system is going to top out there - no matter how much the cable is capable of.

One of the great things about HDMI 1.3 cables is that they're future-compatible, meaning that while they're perfectly suited for current use with standard HDMI-enabled devices, they'll still be compatible with your video system if you decide to upgrade to HDMI 1.3-rated equipment down the road.

Can HDMI 1.3 be used with portable devices?
The connection of small personal electronics (like digital cameras and camcorders) to high-definition displays was finally made possible when HDMI 1.3 was introduced. What made the sudden difference? The mini HDMI 1.3 connector. While 1.3 connectors are identical in size, shape and pin configuration to those on earlier-edition HDMI cables, an additional (optional) mini connector was developed for the HDMI 1.3 standard. This miniature connector is available on special dual-connector cables, which are terminated with the mini connector on one end, and a full-sized connector on the other.

I've seen cables marked "HDMI 1.3a" and "HDMI 1.3b" - what's the difference between the two? Are they any different from HDMI 1.3?
As far as consumers go, designations like HDMI 1.3a and HDMI 1.3b aren't really a concern - at end of the day, no matter which letter (if any) is tacked onto the end of a cable's name, it's still just HDMI 1.3. The "a" and "b" are simply references to testing procedures that relate to the HDMI 1.3 standard, and don't reflect any specific features.