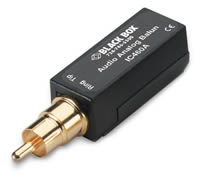 Analog audiovisual signals that are used for audio, video, computers - are essentially an alternating current (AC) signal. The frequency and intensity may vary but aside from those differences, all that is happening is the switching and moving of AC voltages! By utilizing band pass/band reject filters, we're able to send more than one of those signals at a time.

An AC signal is really two different DC signals with opposite phases. For one half of the cycle, half the voltage is present. In the other half of the cycle, the rest of the voltage is present. And so we have a voltage "peak to peak" from source to load. For a DC signal to operate you only a pair of wires - one for the positive (+) side, and one for the negative (-) side. Since an AC signal is really an oscillating DC signal the use of 2 wires spaced equally apart is how RF energy is used.  Open wire transmission is the lowest-loss method of moving AC signals from point to point. And for many years television sets used 300-ohm ribbon wire or 450-ohm ladder line to connect antennas to TV sets. But open-wire line is still the best way to move RF signals, since the lowest-loss dielectric available is still air. The cable can't be wet or covered with snow or ice, nor can it rest on or be placed near metal objects, such as gutters, flashing, windows, ducting, screens, and pipes. Finally, open-wire line doesn't like to be bent at severe angles - gentle, long-radius curves are all it can tolerate. So it is obvious why coaxial cable came into existence. 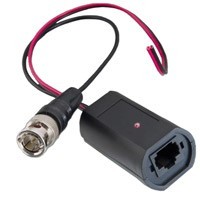 We run cables alongside plenty of metal objects, often burying them in hostile environments. We put all kinds of twists and turns into cable and not forgetting connections all of which diminish signal quality that kind of path is a nightmare to negotiate with ladder line. But there's a problem. The AC voltages in coaxial cable want to travel as if they are along open-wire transmission lines. Electrically, that's not a big problem one leg flows in the center conductor, and the other flows in the outer shield. The problem occurs when these AC signals arrive at their "load", which could be a speaker, antenna, resistor, splitter, or an amplifier, and one side is grounded. Most AC loads are designed to function as balanced components - most antennas use a dipole radiator as the driven element. Connecting that unbalanced, grounded transmission line (coaxial cable) directly to a balanced load can result in all kinds of problems, such as currents flowing back down the shield to the source. These stray currents create standing-wave problems, resulting in a mismatch from the cable to the load. The result can be ringing or ghosting, not to mention unwanted radiation of the signal from the coaxial cable which is now working as part of the load.

The solution to these issues is to use a small transformer to convert from an unbalanced to a balanced signal, and vice-versa.

This transformer is known as a balun, and they are in operation in anything from telephone lines to transmitters. Baluns are used both to sort out the flow of AC signals and make the necessary impedance transformation between coaxial cable, which has a low impedance, and balanced loads, which have higher impedances. With a balun, I can now send AC signals of any kind over a pair of wires and make the necessary transformations at either end to effect a clean transfer of AC signals. At RF frequencies, the use of a balun is necessary for correct function of transmitters and antennas. If not, unwanted current flow and mismatches can increase interference to adjacent electronic equipment through stray coupling into power lines, audio cables, and antennas.