Know the Dangers in Your Older Home

Each year, home electrical problems alone account for an estimated 53,600 fires. These home fires can cause more than 500 deaths, injure over 1,400 people and account for in excess of $1.4 billion in property damage in the United States alone, according to the Electrical Safety Foundation International. See more information and tips from the organization below as to why these home fires may occur and how to potentially prevent them:

Many of these fires occur in aging homes. Today, our dependence on electricity is increasing and we are expecting more out of our home’s electrical system. According to the U.S. Census Bureau, half of the homes in use in the United States were built before 1973. These homes were built before many of the electronics and appliances we use today were even invented. Unfortunately, our increased demands for energy can overburden an older home’s electrical system causing fires or electrocutions.

Put it into perspective:

Electrocutions can be Prevented

Fire is not the only danger. Each year, hundreds of people in the U.S. are electrocuted in their own homes. Many electrocutions and home electrical fires can be prevented by using more up-to-date technology and by recognizing warning signs your home may be showing.

By educating yourself on the dangers commonly found in older homes, you can take an active role in protecting yourself.


This toolkit also introduces technology that can protect your family from injury and your home from fire.

What is an Arc Fault?

An arc fault occurs when electricity is unintentionally released from home wiring, cords, or appliances because of damage or improper installation. This release of electricity can cause surrounding material to catch fire. According to the National Fire Protection Association, electrical arcing is the source of ignition in more than 30,000 fires annually. These fires are responsible for the deaths and injuries of hundreds of people and cause more than $750 million in direct property damage.

A Consumer Product Safety Commission report revealed several factors that contribute to electrical fires in existing homes including improper alterations, deterioration due to aging and faulty products. These factors often cause arc faults, which are a leading cause of home fires.

HOW CAN ARC FAULTS BE PREVENTED IN OLDER HOMES?

Arc Fault Circuit Interrupters (AFCIs) are devices that replace standard circuit breakers in the electrical service panel. AFCIs detect arc faults and shut down power to a circuit in milliseconds. These devices are so effective that the National Electrical Code® (NEC®) requires that almost EVERY circuit in new homes be protected by AFCI's

AFCI circuit breakers should be installed by a licensed electrician. They should be tested regularly after installation to make sure they are working properly and protecting the circuit.

Why is it important to have an AFCI breaker installed in my home?

An AFCI provides a higher level of protection than a standard circuit breaker by detecting and removing the hazardous arcing condition before it becomes a fire hazard. Hidden electrical fires can spread quickly, delaying detection by smoke alarms.

A GFCI should be used in any area where water may meet electrical products.

Over the last three decades, Ground Fault Circuit Interrupters (GFCIs) have saved thousands of lives and prevented many more injuries. Found mostly in areas where electrical products might encounter water (e.g., bathrooms, kitchens and outdoors), a GFCI is a special type of outlet designed to trip before a deadly electrical shock can occur. Just 25 years after the GFCI was introduced, the number of accidental electrocutions in the United States has been cut in half, even though electricity use has doubled. If GFCIs were installed in older homes, experts suggest that 70% of the approximately 400 electrocutions that occur each year in the home could be prevented.

How does the GFCI work?

GFCIs constantly monitor electricity flowing in a circuit. If the electricity flowing into the circuit differs by even a slight amount from that returning, the GFCI will quickly shut off the current flowing through that circuit. The advantage of using GFCIs is that they can detect even small variations in the amount of leakage current; leakage too small to trip a fuse or circuit breaker.

GFCIs should be tested once a month to make sure they are working properly. The nightlight should go out when the “Test” button is pushed. If the light does not go out, then the GFCI may have been improperly wired or damaged and does not offer shock protection. In this case, contact a licensed electrician to check the GFCI and correct the problem.

OLDER HOMES DO NOT HAVE TECHNOLOGY THAT SAVES CHILDREN

Every year, nearly 2,400 children are injured by inserting objects such as keys or hairpins into electrical outlets. This means that seven children per day are treated in emergency rooms for injuries due to contact with outlets. Most of these incidents involve children under the age of six. These injuries can be prevented

Using a plastic outlet cap is a common solution to prevent children from sticking objects into outlets, but unfortunately, plastic caps are not the safest option and can be easily removed by a young child. A safer solution is installing tamper-resistant outlets. These specialized outlets have been so effective in preventing injuries to children that the National Electrical Code® requires that tamper resistant outlets be installed in all new homes constructed. However, these inexpensive products can easily be incorporated into existing homes as well.

What Are Tamper-Resistant Outlets?

Tamper-Resistant Outlets are standard wall outlets that feature an internal shutter mechanism that protects children from sticking objects into the receptacle (like hairpins, keys and paper clips).

The spring-loaded shutter system in the outlet only allows electricity to flow when equal pressure is applied simultaneously to both shutters such as when an electrical plug is inserted. During unused conditions, both shutters are closed, and openings are covered.

Are they easy to install in older homes?

What do Tamper-Resistant Outlets cost?

The Electrical Safety Foundation International (ESFI) has more information and safety tips on its website at esfi.org. 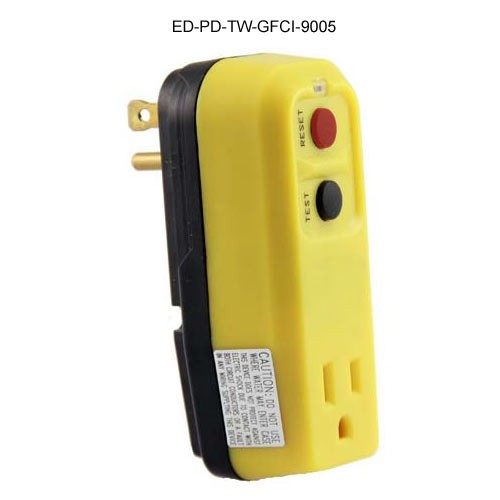